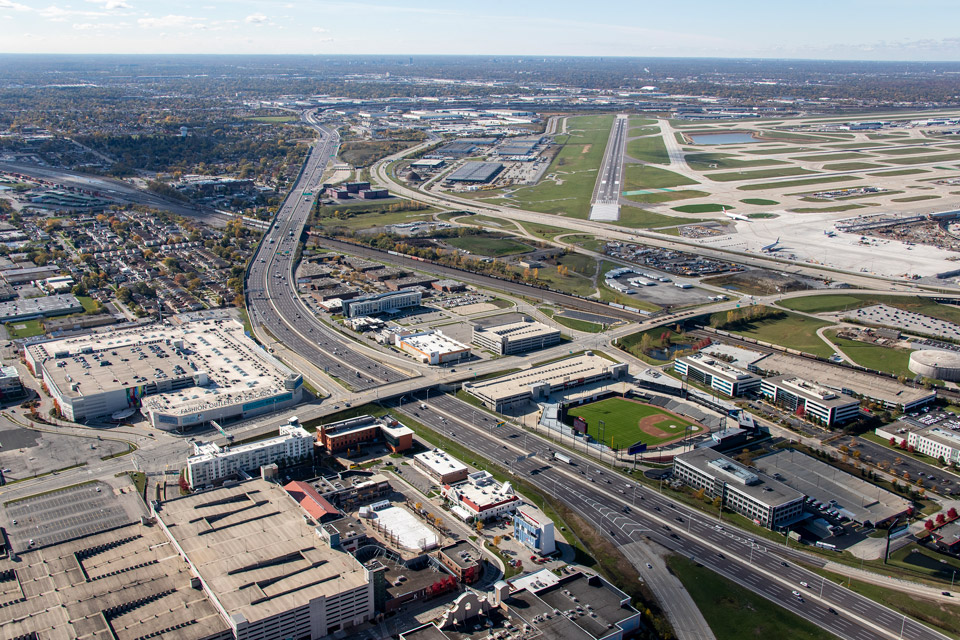 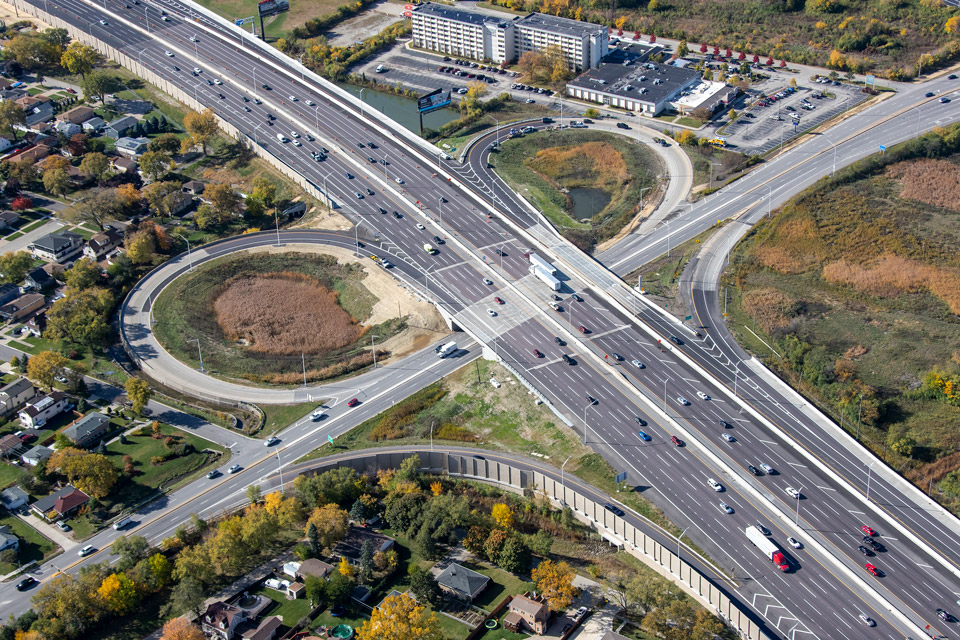 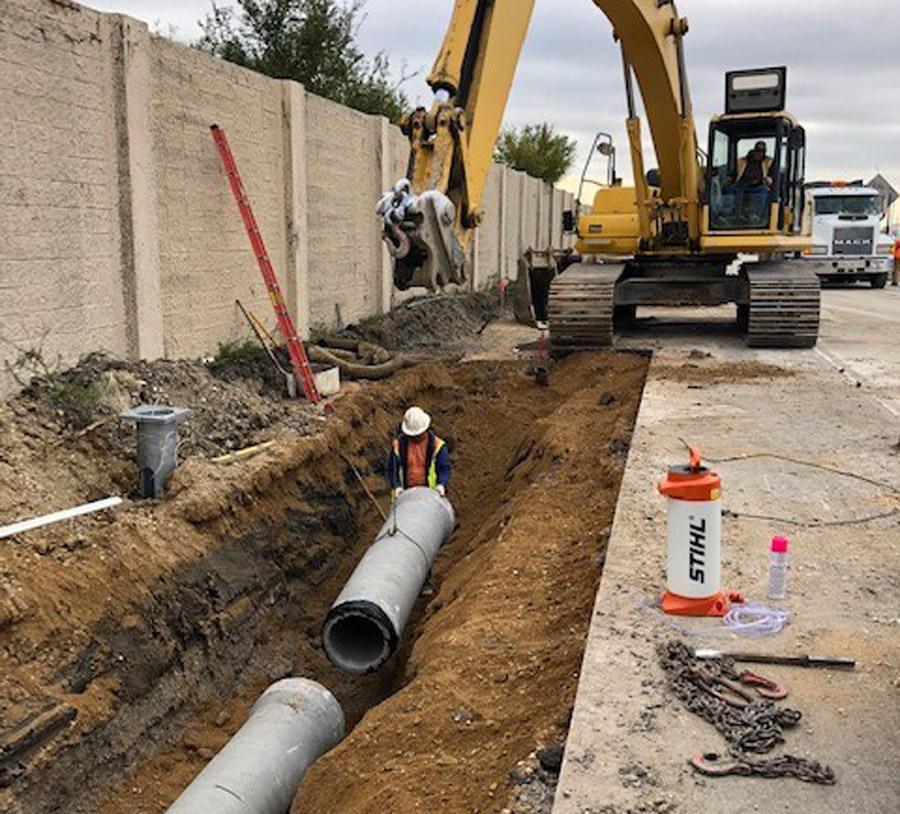 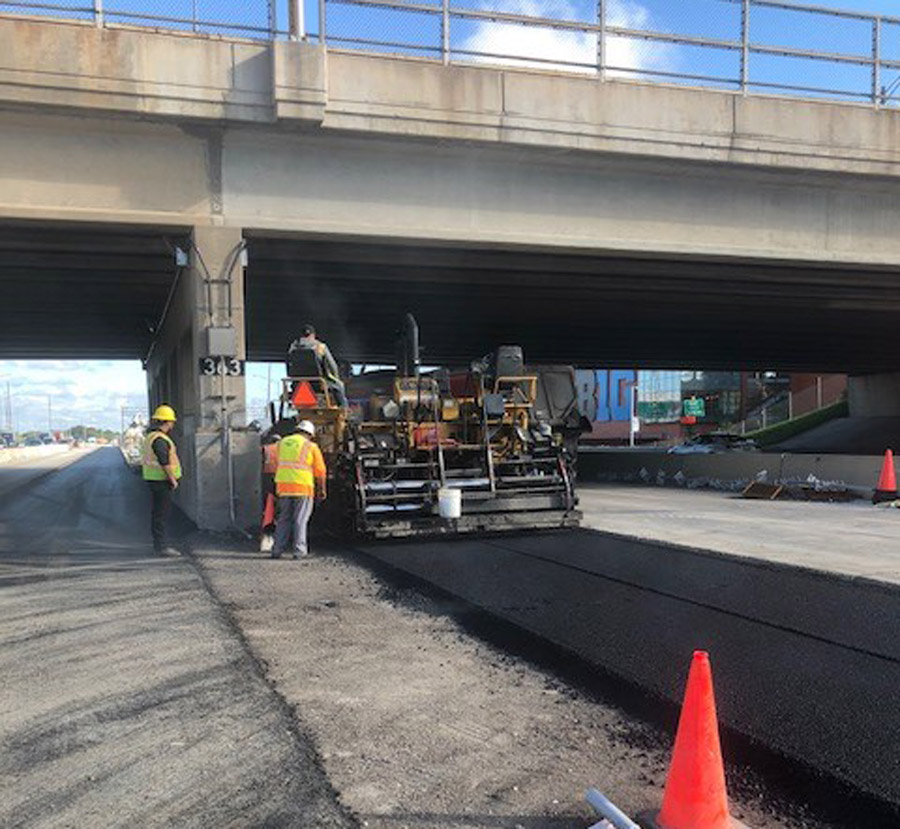 As part of the 15-year, $14 billion “Move Illinois” capital program, the Central Tri-State Tollway (I-294) in Illinois is being reconstructed to increase capacity, alleviate congestion, and improve travel reliability. The tollway is a vital link to O’Hare International Airport, serving 220,000 travelers every day. Reconstruction will add a fifth general-purpose lane to the four-lane highway and convert the median shoulders into flex lanes for emergency use and potential future traffic management and/or transit uses.

Gannett Fleming was asked by the client to expedite phase II engineering services for the preparation of contract plans and specifications and project-related permits for reconstruction of 2.3 miles of I-294 between the O’Hare Oasis and Balmoral Avenue. The scope of the firm’s work included roadway, retaining wall, and noise wall design, as well as the reconstruction and rehabilitation of four bridges in the project area. New drainage structures and the modification of existing drainage system will handle storm runoff to alleviate roadway flooding and meet flex lane design criteria. A detailed maintenance of traffic plan kept all mainline travel lanes open during construction.

Accelerated design required project rephasing from planned one-direction per year to inside reconstruction in the first year and outside reconstruction in the second. This provided time to secure permits and complete necessary right of way acquisitions and utility relocations. The rephasing also created a maintenance of traffic challenge: Four lanes of the tollway had to be kept open in each direction at all times. The solution was to provide temporary outside widening to shift traffic enough so that adequate workspace was created while maintaining four-lane travel.