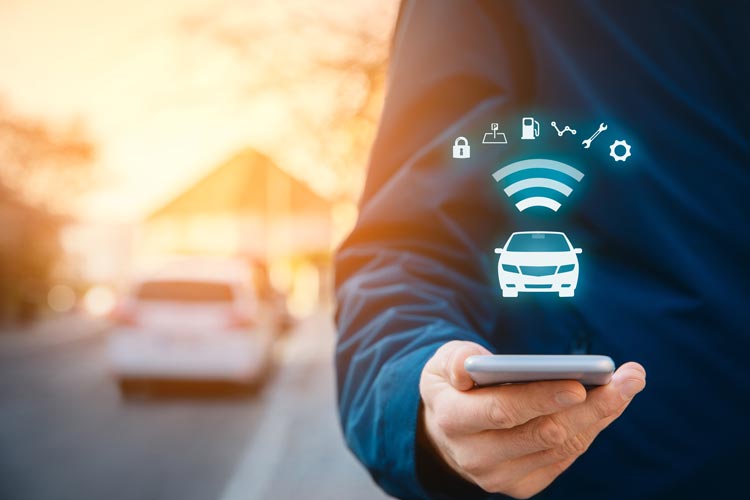 In 1996, General Motors introduced OnStar, the first vehicle-to-cellular (2G) system that could provide directions or other verbal assistance in the event of an accident.

In 2002, the game-changing 3G cellular connected mobile phones and cars to the internet, allowing for vehicle services such as map updates, unlocking doors, and automatic crash notifications. This type of vehicle connectivity is now well entrenched, even as 2G and 3G fade away, along with support for older cars.

However, the story does not stop there.

While we already have connected vehicles, the cellular network, as good and ubiquitous as it is, could not, and still cannot, provide the reliability, bandwidth, and low latency necessary for the real-time situational awareness required for safety, immediate automatic response, and tolling.

In 1999, apparently driven by the success of OnStar and others, the Federal Communications Commission (FCC) launched the dedicated short-range communication (DSRC) initiative to make cars smarter and more aware of their surroundings.

At that time, DSRC was the new kid on the block with its own frequency band of 5.9 GHz (5.850-5.925 GHz) dedicated to intelligent transportation systems (ITS), targeting vehicle-to-vehicle (V2V) and vehicle to infrastructure (V2I) communication.

The DSRC spectrum was isolated from interference by technology like cell phones, Wi-Fi, baby monitors, and microwave ovens. Furthermore, it had to be licensed, preventing intrusion from unlicensed interlopers. The DSRC band was formed into seven channels of 10 MHz each to support such things as crash warnings (as opposed to crash notifications), speed compliance, pedestrian warnings, and more.

In 2006, the FCC went even further and designated the lower and upper channels to be used strictly for safety. Finally, in 2015, the U.S. Department of Transportation (DOT) issued grants to three public agencies to stimulate the development of ITS using DSRC. The channel allocation looked like this:

Since the inception of DSRC, several things have happened:

In November 2019, under pressure to provide additional Wi-Fi bandwidth and citing slow growth in DSRC, the FCC announced plans to remove the lower half of the DSRC band from its exalted position and open it to unlicensed users such as Wi-Fi.

Immediately, a conflict erupted between two federal agencies: the FCC (public access) and DOT (safety). This dispute might have lasted a little longer, or at least reached a negotiated settlement, but three months later, the world was hit by the COVID-19 pandemic. The pandemic resulted in a dramatic increase in Wi-Fi use for video conferencing, ordering food, social media, and streaming TV, thus sealing the official fate of DSRC.

In November 2020, the FCC voted 5-0 to adopt their own recommendations. As such, DSRC is not permitted in the lower 45 MHz of the 5.9 GHz band as of July 5, 2022. For the final nail in the coffin, the FCC will require the remaining 30 MHz in the upper part of the band to transition to cellular vehicle to everything (C-V2X), which is technically incompatible with DSRC, to provide the designated services. In the minds of many DSRC advocates, and certainly those who have invested time and money into the DSRC system, public access won, and safety lost¹.

While DSRC was nicely encapsulated, isolated, and defined, C-V2X is a bit more nebulous. This stems from the fact that C-V2X combines short-range communication (without cell towers) with wide-area connectivity (with cell towers).

In addition, it is often lumped with 5G (the protocol, not the frequency), and with 5G, there are two main options for deployment: non standalone (NSA) and standalone (SA). NSA uses current 4G LTE combined with the “New Radio” techniques of 5G and is currently more widely implemented. SA does not use 4G LTE.

Here is a pretty good explanation from TechTarget:

“C-V2X uses two complementary transmission modes. The first is direct communications between vehicles, between vehicles and infrastructure, and between vehicles and other road users, such as cyclists and pedestrians. In this mode, C-V2X works independently of the cellular networks. The second mode is network communications, in which C-V2X employs the conventional mobile service network to enable a vehicle to receive information about road conditions and traffic in the area.”

It is worth mentioning the direct communications side of C-V2X is based on PC5, which was developed to allow emergency responders to communicate with each other with cellular devices even though the cell network is unavailable.

As indicated in the table below, DSRC and C-V2X are equivalent in messages, frequency, and modulation. It is the difference in direct communication protocols, however, that renders these two approaches incompatible. Because the battle may not yet be over, many manufacturers now include both technologies in their equipment.

Given the theme of this blog, it would be remiss not to mention another technology that has quietly been making advances over many years — Bluetooth, or rather Bluetooth Low Energy (BLE).

While BLE is focused on the Internet of Things and is not as robust as C-V2X, it does have some features that could facilitate tolling, especially given that it has been built into virtually every cell phone and vehicle manufactured in the past 15 years. More on this in a subsequent blog.

In Europe, DSRC for tolling (at 5.8 GHz) is king. In the U.S., DSRC for tolling (at 5.9 GHz) is zero. So now what? Despite some of the advantages of DSRC, it looks like C-V2X and 5G cellular are in tolling’s future. But how and when will they fit in? The answer partially depends on the long-awaited buy-in by auto manufacturers, which now appears to be finally set in motion.

In addition, and in direct support of tolling, the Society of Automotive Engineers (SAE International) recently released comprehensive messaging standard V2X-Based Fee Collection J3217_202206 which, when fully adopted, will not only support initiatives such as toll road usage charging but also eradicate the need for conventional tolling infrastructure.

For now, however, and at least for the immediate future, electronic toll collection remains comfortably in the unlicensed 915 MHz band that services all current protocols along with home weather and security systems, but far from the innovations discussed above.

Change is on the horizon. While some demonstrations have been undertaken by organizations such as the International Bridge, Tunnel, and Turnpike Association (IBTTA), it is time for the U.S. tolling industry (operators, vendors, and consultants) to “un-silo” connected vehicles and tolling. At the very least, some provisions should be made to test C-V2X technology in new systems.

Agencies will have to examine issues, such as enabling legislation, bond covenants, and interoperability, to ensure compatibility as this technology evolves. Ultimately, it should be a boon to tolling agencies, as they will be able to take advantage of common infrastructure and, at long last, local and national standardization.

While DSRC may be out, the knowledge and information gained from the work to date will pave the way to a more comprehensive approach to connectivity, safety, and efficiency.

¹ On August 12, 2022, a federal court dismissed a lawsuit filed by AASHTO and ITS in support of DSRC. 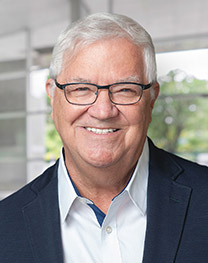 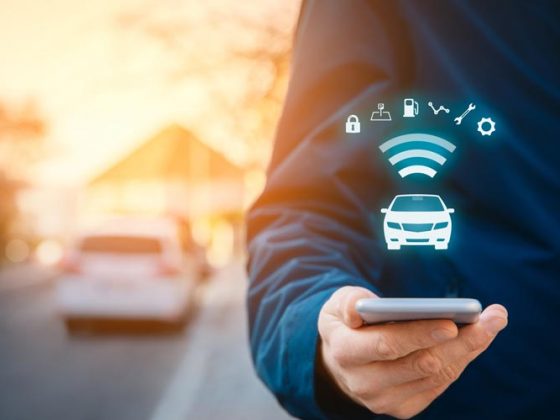 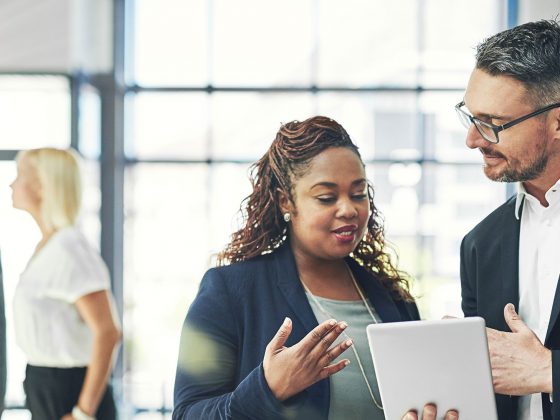 4 Ways to Become a Better Ally in the Workplace 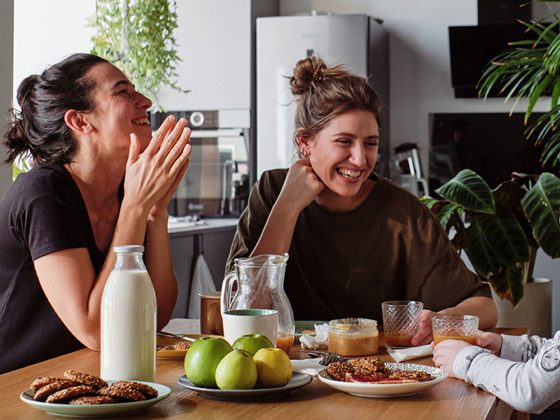 How Family-Friendly Benefits Lead to Workplace Wellness for All 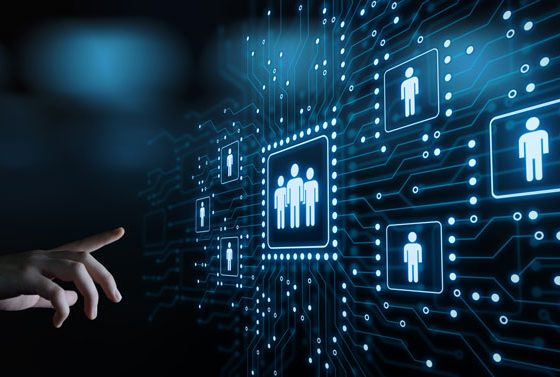 The Art of Negotiation: Tips for a Successful EPC Contract