With each new generation that enters the workforce, the burden to address the ails of previous generations starts to shift. One major area of debate between environmentalists, governments, and businesses over the past few generations has been climate change. With Gen Z, though, climate change is personal: they’ve never known a world where it wasn’t a contentious issue. Climate change represents Gen Z’s biggest concern for the future, and their career choices and places they wish to live and work are being impacted by it. As a mechanical engineering intern, Kimberly Ulishney sees aging facilities and new climate legislation as key areas where her generation will be needed.

“Climate and environmental-related issues will not be disappearing any time soon, if ever at all,” said Ulishney. “More and more legislation is being produced with increasingly stricter requirements and heftier fines. Engineers in my generation and architecture, engineering, and construction (AEC) firms have a real opportunity to get on top of the initiative to help clients navigate legal requirements, which will ultimately result in greener and cleaner communities and a sharp increase in the renewable energy industry.”

Being proactive is not a new approach for Ulishney. In fact, her resourcefulness and willingness to seek out opportunities landed her an internship at Gannett Fleming in the summer of 2019. Little did she know it was the start of a journey that would carry her into 2021 and provide her with the tools and experience needed to emerge as an up-and-coming thought leader – all before graduating from high school.

Not waiting for opportunity to knock.

Ulishney knows exactly when she wanted to become an engineer.

“The summer after I finished seventh grade, I went to a Girls in STEM summer camp offered by the Whitaker Center in Harrisburg, Pennsylvania,” said Ulishney. “There was a day dedicated to engineering in which we designed Rube Goldberg machines and built trusses designed to hold a maximum load. This was my favorite day out of each of the STEM disciplines, and it was the day I decided I wanted to become a mechanical engineer.”

She was hooked, and as she embarked on her high school career, she continued exploring opportunities to learn more about the AEC industry, ultimately joining the Dauphin County ACE Mentor Program as a high school sophomore. During the program’s end-of-year banquet, Ulishney reviewed a pamphlet that had been distributed and noted the program’s sponsors. As she reviewed the list, she got an inventive idea to gain real-world experience.

“I emailed every sponsor (about 50 different companies) in search of a job shadowing opportunity, and Gannett Fleming was one of them,” said Ulishney. “Gannett Fleming reached out to me, and I was given the opportunity to visit the mechanical office to talk to the engineers and draftsmen and learn about ‘a day in the life.’ Following this visit, Bob Weidner, principal project manager and mechanical practice leader, offered me a position as his intern, and I eagerly accepted the challenge and opportunity.”

From intern to developing thought leader.

Ulishney’s multi-year internship has provided her the opportunity to work on several teams and explore engineering specialties she didn’t know existed, allowing her to deepen her knowledge and find her passion.

“Prior to meeting with the Gannett Fleming team, I did not know that heating, ventilation, and air conditioning (HVAC) engineering was an option for my future,” said Ulishney. “I had always been under the assumption that mechanical engineering was specifically about product design, assembly lines, and moving parts, but I fell in love with piecing together HVAC systems. Balancing cooling capacity with humidity control and learning the difference between constant and variable volume systems showed me that designing an HVAC system is far more complex than just plugging in an air conditioning unit.”

It was this love of HVAC engineering that energized her to work on an ongoing thought leadership initiative led by Weidner, which seeks to introduce bipolar ionization technology to the HVAC industry with the goal of helping companies during the COVID-19 pandemic safely return employees to the workplace. She was also invited to join the team conducting research on evolutions to New York City’s Climate Mobilization Act, and the initiative eventually shifted to a national scope.

“As the initiative progressed, I was able to work with Gannett Fleming teammates from other offices in a combined effort,” said Ulishney. “I conducted research on national legislation trends, created a case-study using the fines and local laws from New York City, and developed the presentation slides for an INSIGHTS webinar presented by Anthony Alduino, principal mechanical project manager; Eryn Lao, mechanical engineer; and Huzefa Irfani, vice president and director of architecture regional operations.”

Ulishney’s research didn’t go unnoticed outside of the project team either. She impressed Amy Collins, marketing manager, who extended an opportunity to Ulishney to write about her findings and recommendations in an article for Gannett Fleming’s thought leadership blog, INSIGHTS. The experience, though challenging, was highly fulfilling for Ulishney.

“The most rewarding part of the research was being able to identify a common trend of legislative progression among the cities,” said Ulishney. “By studying cities such as Los Angeles and New York City, I discovered that cities often kickstart the initiative with benchmarking suggestions, progress to benchmarking requirements, then after several years, there’s a push for energy audits and retro-commissioning reports. Along with the increased requirements came fines and penalties, so building owners in cities now requiring benchmarking should expect enforcement and fines in the coming years.”

For Ulishney, renewable and green energy sources are the future, especially when it comes to building systems.

“As the usage of fossil fuels has become more of a concern, green energy and electrification are being explored as solutions. Cities are starting to enforce emission and energy usage limits, and it is important to stay on top of the laws to avoid penalties and fines. Cities know their current carbon emissions are causing air quality and health concerns, and they are taking legislative action to initiate the process of reversing negative environmental impacts.”

Ulishney also sees AEC firms like Gannett Fleming playing an important role in helping to not only understand changing laws, but also in providing actionable solutions to clients.

“The legislation can be complicated to understand, especially with approaching deadlines, various exemptions, and requirements. It takes an expert to perfectly understand the law requirements to help direct building owners on how to establish and maintain compliance to prevent being hit with heavy penalties. Gannett Fleming is taking the initiative to understand the laws and provide services that prevent noncompliance for clients.”

When it comes to businesses and communities that need to implement changes due to new climate impact legislation, Ulishney has the following advice: “Start with changes that require little to no capital investment. Many of the legislations simply require a plan of action toward the goal, and within the compliance window, steps must be taken and reported to show a progression with the plan. It is easier to start with small adjustments while a business or community makes plans for implementing changes that require more significant investment.”

Becoming an intern at Gannett Fleming.

Gannett Fleming recognizes that interns are the future of the firm. Therefore, we feel it’s our responsibility to provide meaningful internships that prepare today’s students with real-world experience and allow them to engage with, and learn from, experienced staff.

“I continue to intern at Gannett Fleming because of the flexible and welcoming environment,” said Ulishney. “The senior members of the team are very patient and take time out of their day to share knowledge they have learned throughout their careers. I feel valued and welcome with the mechanical team.”

For more than 100 years, Gannett Fleming has been a leader in global infrastructure solutions with a focus on planning, design, technology, and construction management services for a diverse array of markets and disciplines. Learn more about Gannett Fleming and review our open intern positions today! 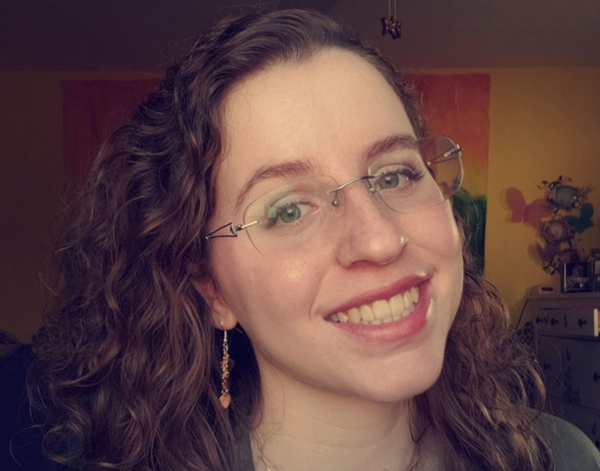