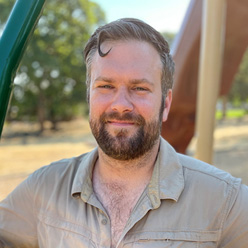 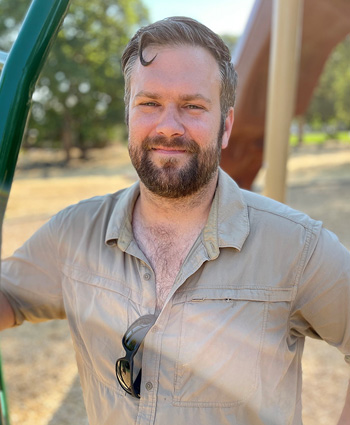 “The projects I’m working on all contribute to the collective effort by Gannett Fleming and the AEC community to help resolve the issues that are top of mind to society and our future.”

It’s no surprise that Gannett Fleming Senior Project Geologist Matt Buche is passionate about U.S. history, world history, and geological history. Both of his parents were educators. Growing up on the south coast of Oregon bordering the majestic Cascades, Matt attended Western Oregon University (WOU), where he earned a Bachelor of Science in earth sciences with a minor in geography. Today, he lives and works in Northern California, in the shadows of the Sierra Nevada Mountains.

We asked Matt a few questions. Get to know him here:

Tell us about your role and responsibilities at Gannett Fleming.

My time is split between technical project work and project management supporting the Geotechnical, Dams, and Hydraulics (GDH) Business Line of the firm’s Earth Sciences Corporate Business Group. I currently support a suite of dam safety surveillance and monitoring projects.

Two primary ways the GDH team and I provide value to clients are:

When did you realize you wanted to work in the AEC industry?

School field trips had a lasting impact on me. I visited landfills, observed highway projects through coastal mountains impacted by landslides, and toured an aquifer storage and recovery plant. Not only were the field trips interesting to me, but I could also recognize the importance of geology behind the engineering. Once I finally got the opportunity to work in the field, I was hooked.

How long have you worked in your field? Tell us about your experience.

It’s hard for me to believe, but I’m in my 13th year. I started working about a week after graduating college and immediately began gaining specialized experience in rockfall mitigation and geotechnical instrumentation. Both are niche engineering geology services, and I enjoy the unique challenges and problem-solving each requires.

My work has allowed me the opportunity to travel to interesting places that I might not have gotten to see and experience otherwise. I’ve been fortunate to work for companies with a wide range of projects, allowing me to gain broad engineering geology experience. 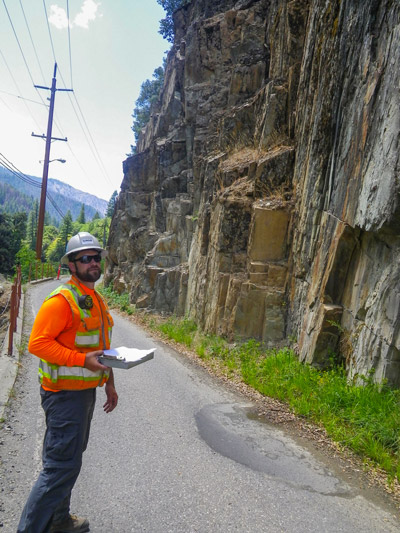 What’s the most interesting project you’re working on right now?

I’m researching the best way to automate measurements of water pressures and water levels at dams. Accurately measuring water at a dam is fundamental to monitoring its performance and safety. An experienced team comprised of Gannett Fleming, Campbell Scientific, and Geokon engineers and scientists is taking a closer look at what goes into these measurements and how to get the most accurate results.

We’re running tests now, and we will be presenting our initial findings at the Dams and Levees Symposium at the Association of Environmental and Engineering Geologists (AEG) Annual Meeting in September 2022.

I’ve been a part of the same local team and office for 10 years, which Gannett Fleming acquired in 2019, bolstering the dam safety solutions for our clients. It was my first experience with an acquisition, and there was an initial feeling of uncertainty, knowing that acquisitions don’t always go well. On the contrary, we were welcomed immediately, and it has been a terrific fit.

How does the firm support your professional development?

Supporting others, providing opportunities, and positivity are all a part of the corporate culture at Gannett Fleming. For example, a few years back, the geology team had the opportunity to monitor the stability of a dam abutment using a shape accel array, even though we did not have previous experience with the sensor. Despite that, my supervisor and other dam engineering and dam safety program client managers had confidence in the team’s ability to deliver.

As a result, we helped the owner successfully install an automated data acquisition system to monitor the stability of the dam abutment and provide near-real-time alerts if movement was detected. The fully satisfied dam owner complimented the high quality of our instrumentation plan and our ability to provide end-to-end services, including installation support and training to their personnel.

How does your work contribute to Gannett Fleming’s vision of creating a better future, together?

The projects I’m working on all contribute to the collective effort by Gannett Fleming and the AEC community to help resolve the issues that are top of mind to society and our future, such as climate impacts, energy and sustainability, environmental risks, safety, and reliable water resources for industry, agriculture, and drinking.

What is the most rewarding aspect of your job?

There are two aspects:

Are you a member of any professional associations?

I am a member of:

I am a board member of the H. Ray Taber Foundation, a California-based non-profit organization that hosts an annual drill class for college students and provides scholarship funds for undergrads pursuing the field of geosciences.

In 2021, I partnered with a dedicated group of colleagues to form the WOU Earth Science Alumni Society. Our mission is to support the Earth Science program to promote student success and career outcomes in geosciences.

What’s the best piece of professional advice you’ve ever received?

My college academic advisor, Dr. Steve Taylor, said to me on graduation day: “Congratulations. You’ve made it to the starting line.” I didn’t appreciate the depth of the comment at the time, thinking it was tongue-in-cheek. But more than a decade later, I get it, and it makes me laugh thinking about that moment in time.

Why is it important to have diversity around the table when working on projects?

All projects require problem-solving, which is like progressive storytelling. Each member of the team contributes their voice to the narrative. The more diverse the perspectives, experiences, and talents of the unique individual stories behind the voices, the more conclusions we can imagine, and the more likely we are to arrive at the best solution.

What’s one professional achievement of which you’re especially proud? 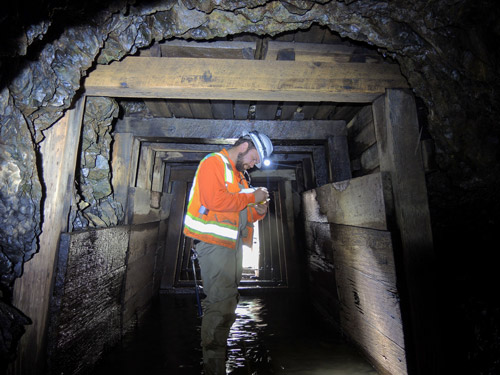 What behavior or personality trait do you most attribute your professional success to?

What is your favorite hobby?

Learning. I follow current events, and I’ve been on a history kick for a while now, learning about human history and the history of the U.S.

My wife, Megan, is a civil engineer, and we have two young daughters, Genevieve, who’s 5, and Rose, who’s 4. 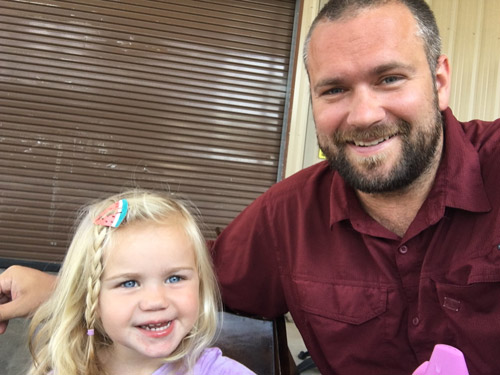 Matt Buche’s daughter teaches him how to take a selfie.

What’s one thing most people don’t know about you?

Sports was a big extracurricular for me. My first love was basketball, and I practiced with the goal of being Pete Maravich. But, you know how some people just seem to be suited for certain things? Football was like that for me. There was something instinctual about playing defense and pursuit, and I was fortunate to have great coaches.

I was the Oregon 2A Defensive Player of the Year my senior year in high school and committed to WOU, where I played middle and strong-side linebacker and special teams. I played as a true freshman and ended up being a four-year starter.

We were a team of individuals my freshman year, and we earned our 1-9 record. But our core group stuck together, changed the culture, started playing for each other, and believed in working hard to achieve our goals. Our record improved yearly, and we finished our senior year 9-2. 2023 will be the 100th anniversary of football at WOU. In that time, only four football teams have had a 9-win season.

What’s your favorite way to unwind after a busy day?

Reading to the girls before bedtime. We’ve read the first Harry Potter book to them several times. I do a fair Hagrid and Dumbledore, but I need to work on my Professor McGonagall.

If you could live in any city, where would it be and why?

Can I time travel? If so, I would live in a historically interesting city, like the Maya’s Bonampak around AD 790, or Cairo circa 2500 BC, to see the pyramids under construction. I’m guilty of listening to the BBC podcast A History of the World in 100 Objects. I highly recommend it! 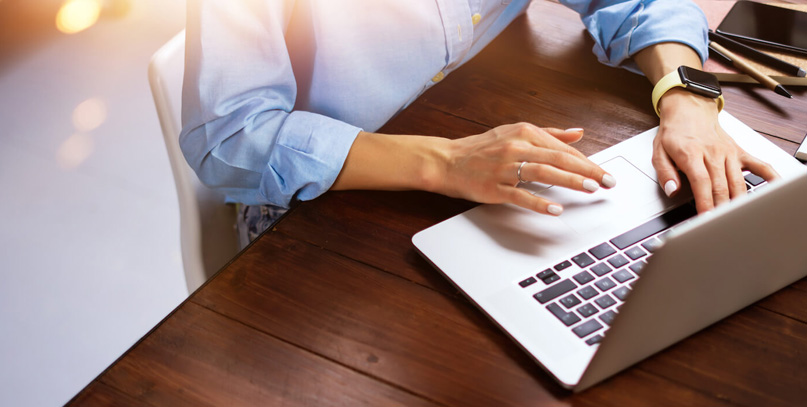 Ready to tackle some of the biggest challenges facing our communities? Join the team that’s leading the charge.