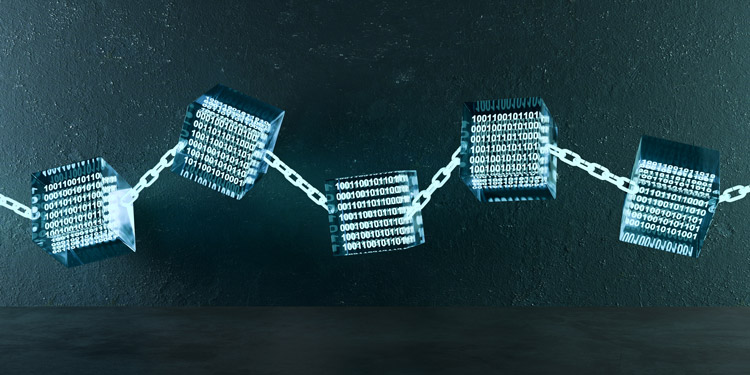 Blockchain technology is an innovative way to share and store data. The data is generally in the form of a “transaction” that alters the state of an “asset” (e.g., toll account). Blockchain technology is used in applications such as DocuSign and the Walmart supply chain and began as a method to establish Bitcoin as a decentralized cryptocurrency.

What is a Blockchain?

A blockchain is described as “a distributed database that is shared among the nodes of a computer network.”

So, what gets “distributed” to everyone on the network? Historically, we would call them files, with each file having a header followed by a list of transactions. We could generate similar files periodically, and if we were to call each file a “block” and the group of files a “chain,” we could say we have a chain of blocks. We might even say we have a blockchain, but not quite. To qualify as a blockchain, the files must be indelibly linked together, essentially locking all the data in the chain in place. This is done using a “hash function,” as shown below.

There are numerous presentations, webinars, and TED Talks lauding the “game-changing” attributes of blockchain and, to a lesser extent, those refuting these claims and asserting that most tasks can just as easily be accomplished with a conventional approach.

Two philosophical arguments for using blockchain are the issues of trust and decentralization. In this context, “trust” means that data is secure and verified under a system of rules. The idea of the Bitcoin blockchain was to “build trust by eliminating the need for it.” Decentralization means that no one entity oversees the data content, storage, or security. While some believe that decentralized technologies are the only hope of preserving democracy, others feel that trust in a central authority and the rule of law is necessary in any free society.

What makes a blockchain so special? As elaborated below, it is a distributed, immutable linked ledger that applies transactions to an asset.

What is the importance of a distributed database? After all, we can have a centralized “shared” database that is available to everyone on the same network. Distributed means that everyone has a local copy of the same blockchain that they can instantly access and trust without the need for a master database (chain). The primary challenge here is keeping everyone (all nodes) in sync with hundreds of other nodes that are asynchronously attempting to modify the data. This issue, called “consensus,” is a monumental task that other applications, including blockchains, have solved but at a cost in speed.

This unique property of any blockchain is that the data (transactions) are grouped into individual blocks, and the blocks are cryptographically linked together via a “hash” in each block header. These links form a chain that ensures that changing anything in a block will invalidate that block and all subsequent blocks in the chain. This property makes the data in the chain “immutable.” That is, if you want to change your copy, go ahead, but it will be rejected by everyone else on the network.

The final property is the concept of a “smart contract.” While the name may be somewhat misleading (it is neither “smart” nor a “contract”), a smart contract is an executable code that creates a transaction that is included in a block. For example, the smart contract may simply execute the following: “Debit $3.00 for a toll at agency A to Tag X, whose account (asset) is held by agency B.”

The chart below lists some of the perceived blockchain benefits and whether a blockchain approach would contribute to solving or settling issues with current and possible future tolling initiatives. The pros, cons, and reasons given are speculative, especially considering future benefits, and are intended to foster further discussions on the topic.

Figure 2: Blockchain Benefits Now and in the Future

Looking Ahead at Blockchain’s Application in Tolling

Blockchain should not be forced simply because it is today’s fashion, but only if it is a better, or at least equivalent (but forward-thinking), solution to a requirement. Proposed blockchain applications such as tolling reciprocity must be scrutinized; first to ensure that a blockchain solution is viable and second to assess the cost and benefit of such an endeavor. In addition, this should be done while keeping in mind that there are alternatives, such as a centralized database with a vetted web application programming interface (e.g., API).

Any convincing proposal to use blockchain for regional or national toll interoperability must go a little deeper than merely trust, immutable, and distributed. What are the nodes, assets, public data, private data, and smart contract examples for handling contingencies and infrequent business rules?

It is one thing (and more fun) to create a system such as Bitcoin from scratch and quite another to coerce a blockchain solution into a system with established business rules and procedures. Ultimately, blockchain represents the culmination of some brilliant concepts but should be utilized and optimized according to the application.